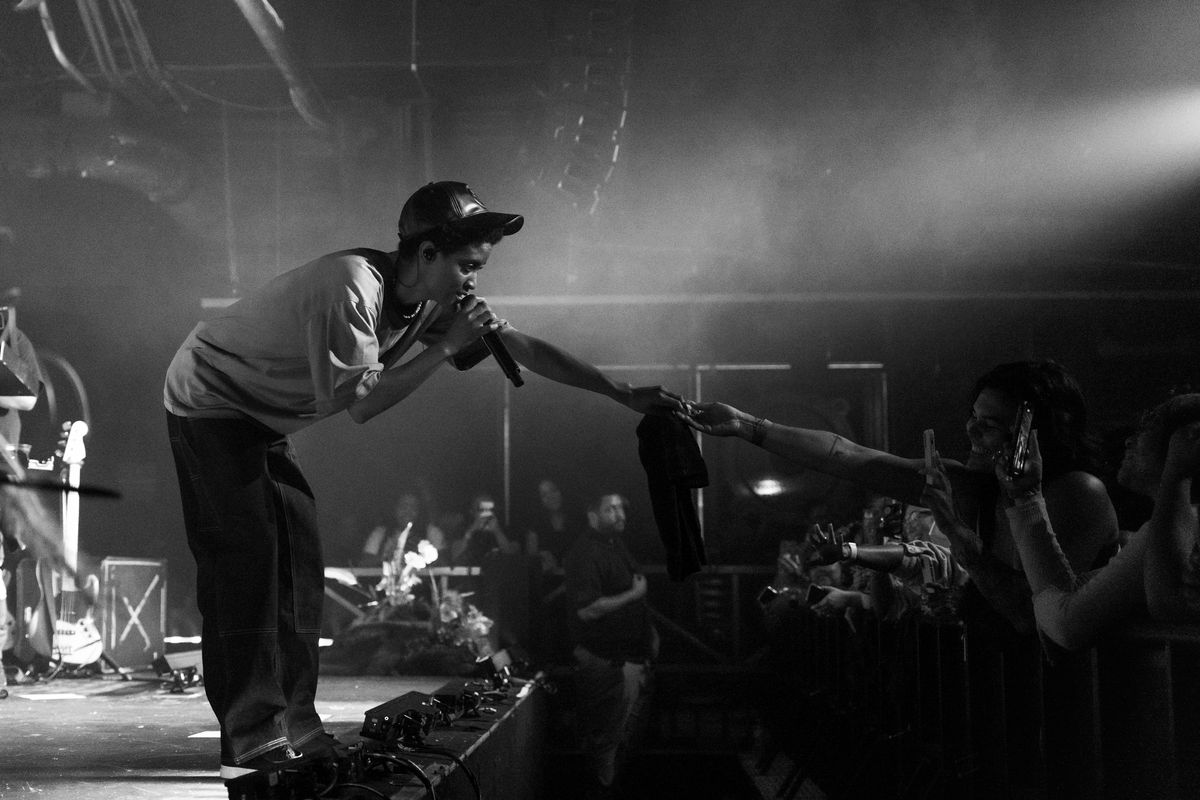 It’s always a good sign when the line to get in is a mile long only a minute after doors opening. That was precisely the scene I walked into at Baltimore Soundstage this past Tuesday. Returning to Baltimore for the first time in a long time, on the last legs of her North American Broken Hearts Club tour (in support of new album Broken Hearts Club) was the multi-talented, Syd. Known best as the lead vocalist of celebrated group, The Internet, the versatile singer has spent the past few years carving out a space of her own in an ever-changing R&B landscape. Tuesday night’s show was proof that she is more than on her way to solidifying her merits as a premiere solo act.

Before the headliner could hit the stage, however, the crowd got a nice warmup. Opening up the show, rising R&B crooner, Destin Conrad, set the tone with a smooth and lowkey performance. This was my first opportunity getting to hear Conrad’s music; though based on reaction, the same could not be said for the rest of the crowd, as the room erupted the moment the young singer hit the stage.

[Conrad] didn’t let the energy go to waste, vibing out with the crowd from start to finish and bringing in full force, his brand of wavey yet vulnerable R&B. Highlights from the set included: new single, Unpredictable, a soulful slow jam, featuring Kiana Ledé, as well as “In The Air”, lead track off last year’s full-length effort, Colorway. The place was jumping as Conrad’s set wound down; the last of the stragglers pouring in, forcing us all to squeeze a little closer.

By time Syd was ready to hit the stage, the place was PACKED. I’m talking bumping elbows, spilled liquor, chest to chest shuffling, packed; nonetheless the crowd hummed with unincumbered anticipation in those preceding moments. Then, the lights went down, and our collective anticipation began to overflow; and when Syd finally stepped on stage, the place [unsurprisingly] went apeshit. Wall to wall screaming, eyes gleaming, and hands stretched out into the air, reaching for a hold of something more tangible than the moment. The energy was electric.

In return, the seasoned singer proceeded to shut the house down, ripping off banger after banger; from Broken Hearts Club standouts like “Fast Car” and “CYBAH” to [The Internet] classic/fan-favorite “Special Affair”; not one song missed. Amongst those faces in the crowd, I saw joy, real, raw, and raucous passion; beautiful shades and colors, dimensions, and differences, all in collective rapture. A hallmark of great performers is their ability to not just seize moments, but to create them. From toasts and shots of Hennessy to pre song anecdotes, witty yet sincere crowd banter, and even a pair of flying panties, Soundstage saw some pretty unforgettable moments thanks to Syd.

The Broken Hearts Club Tour will be wrapping up next week in Minneapolis. If you haven’t been to a show, I’d suggest you find a way; it certainly isn’t an experience you want to miss out on, I’m sure glad I didn’t.

Check out moments from the night below.