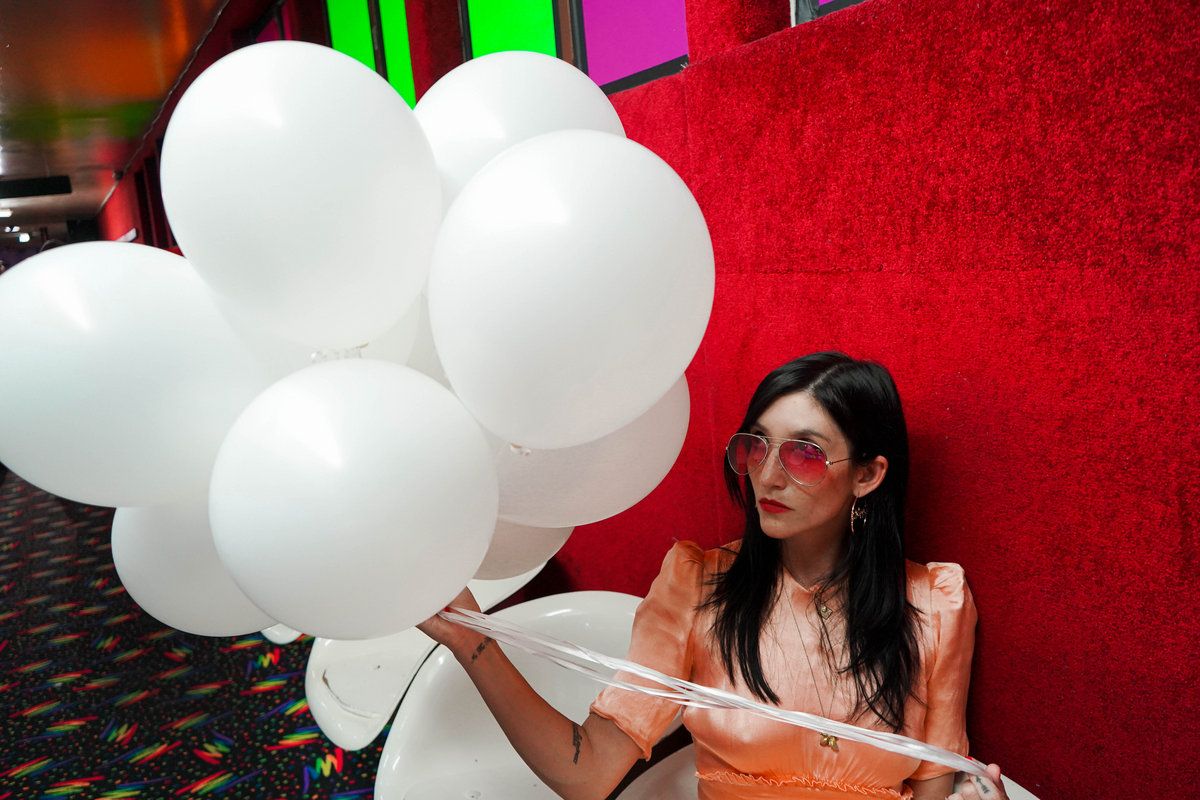 Man, oh man, was that an experience; that is the first thought that comes to mind when I think about Queen Kwong’s intense new video for lead single, “I Know Who You Are” [off forthcoming album Couples Only]. The stunningly obliterating whirlwind of emotion and inner turmoil [an homage to the subway scene from Isabel Adjani's 1981 film Possession] shown by Carré Callaway (Kwong) offers an unexpectedly cathartic view of the very extreme yet very real range of feelings one often feels after a particularly rough and taxing separation, from flurrying rage to deep hurt and disillusionment, Callaway manages to purge all pain under the sun.

As [Callaway] descends into the allegory cloaked tunnel, flanked by the misleadingly ethereal opening of the track, all seems fine. Then, she crosses the shadowed threshold, that eerie beat riffs in and the unraveling ensues. Seemingly going through everything all at once, she flails and flings her body through the dingy underground tunnel, painting the walls red [some groceries were harmed in the filming of this video], and riding the savage ebb and flow between hysterical laughter and unhinged despair. The climactic scene, in which Callaway purges the remains of what she’s held inside, scored by her haunting vocals, is all at once, striking, horrifying, and beautiful; a bloody mess of physical, psychological, and emotional reckoning not like anything I’ve ever seen.

Unlike it’s homage however, this story offers a much more optimistic ending, with Callaway ultimately ascending from the tunnel [after quite literally releasing her baggage] and moving toward a serene sunset, finally on the better side of her pain. I think that’s the moment of release we all wish for when the person we loved has left us for worse, the final reclamation of peace lost. It’s clear from the care crafted into this visual, that Queen Kwong has weathered the storm, and is a voice to be reckoned with.

Check out the Official Music Video for I Know Who You Are below.