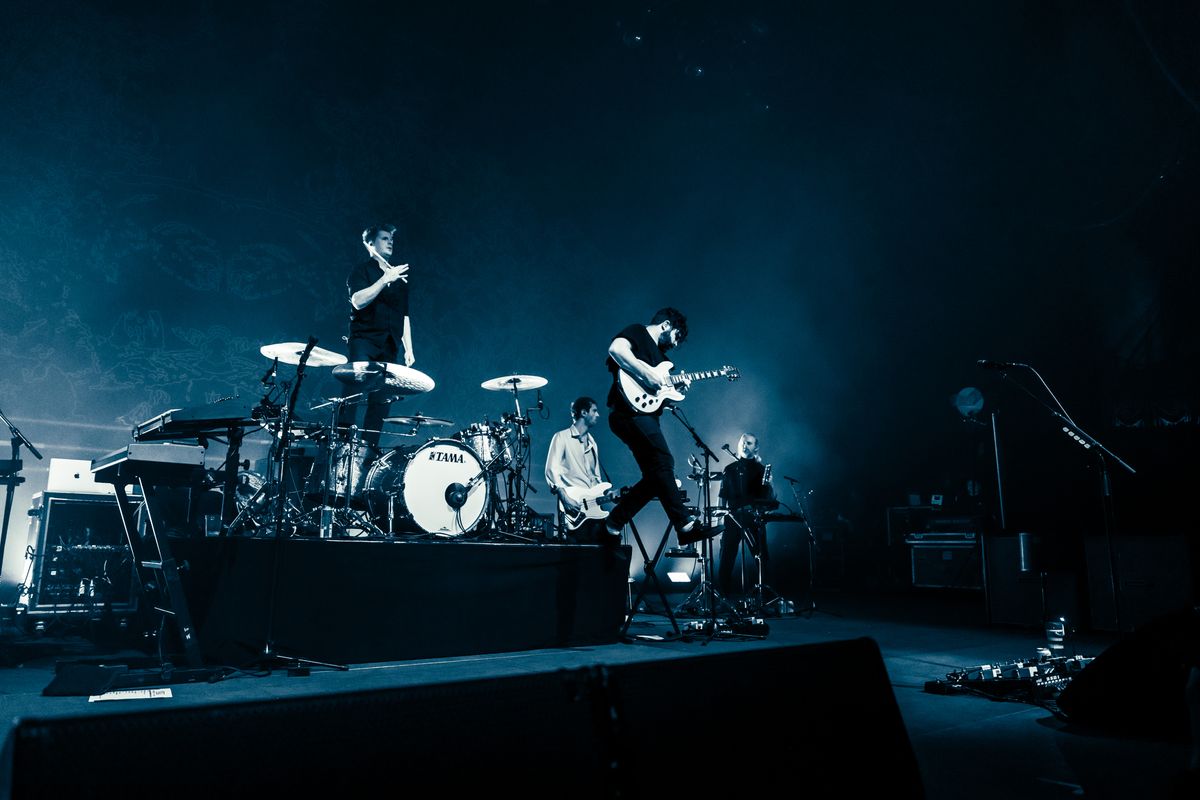 As far back as I can remember, videogames and music have been integral parts of my life; and as I’ve come to recognize, they have often been intertwined. This past Tuesday night I saw those two strands unravel across the Anthem stage, as Alt-Rock powerhouse Foals lit up DC for 90 electrifying minutes. Having had their music featured in more than 10 videogames, [including] FIFA (09’,14’,16’,20’), Midnight Club: LA, MLB The Show, and many more; Foals has been engrained in my music vocabulary for longer than I’d ever known. Joining the British superstars in the opening slots were Glove and Inner Wave.

This, my first-time hearing both Inner Wave’s and Glove’s music, I was pleasantly surprised by the vibes they brought. Inner Wave is probably one of the lushest bands I’ve heard in a while; there’s a smooth, creamy sort of slow indie funk psychedelia that, in person takes on a real fever dream vibe; and if I’m being honest, I could say something of the same about Glove. There eerie synth-tinged brand of post punk is uniquely familiar (think Joy Division, B-52’s, Bowie?). Foals has been more alt than conventional as far as I can remember, bringing on support that plays to those different sounds is simply excellent curating.

Our headliners came out hot; opening with the funk dripped hit “Wake Me Up”, [Foals] jolted the crowd to life with the flip of a switch. From there the adrenaline ride rose higher and higher; There’s no letup in these guys’ energy, once it’s on, it’s on. Front man and bonafide rockstar Yannis Philippakis is a man that requires no help in the way of showmanship. From walking through the crowd, engulfing himself in a sea of clamoring fans, to drowning a beer and shredding licks from atop booming speakers in the photo pit, [Philippakis] is a rockstar in every sense of the word.

Hearing all those other unmistakable classics (The Runnner, Olympic Airways, Mountain at My Gates) was nothing short of surreal. I can only hope that this was just the first of many Foals shows in my future; it’s certainly not an experience I could see myself tiring of.