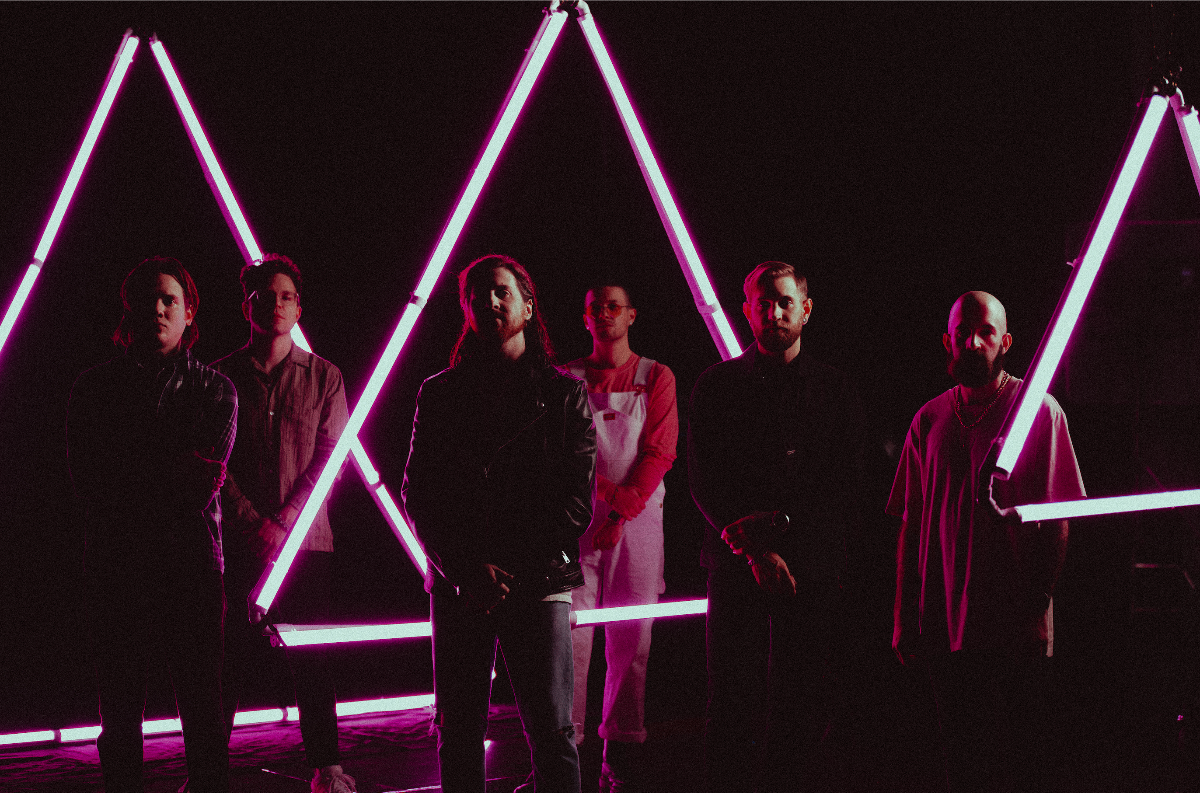 Where to begin... it feels as if in this day in age of post-hardcore music we have been riding a roller coaster of emotions. When you expect one thing, you get another and are pleasantly surprised but left saying damn, how the hell did we get here. Well, that was my initial reaction to The Devil Wears Prada's new album, Color Decay. I say it in the most positive way because I am absolutely hear for it. A band that I found my self listening to periodically has now become a band that drops songs I instantly save to my playlists. I can't begin to explain ho much I am loving this new sound of theirs. It makes me happy to see a band I watched for so many years evolve into a group of people that are going to influence the next generation of bands for a lifetime.

Starting off with the singles they have released, I think "Time" and "Broken" have been my absolute favorites. The reason being is I get that gritty sound but they grace us with some very pleasant clean vocals. In "Time", I so enjoyed the way they were able to incorporate the screams over the cleans. Something that we didn't get with the old Prada and also something that will bring in a ton of new listeners. I really don't think the old fans will have any problems with the sound as they still get that heaviness they love.

"Broken", which is their latest single, is out of left field. You wouldn't think you were listening to THE Prada but man do they execute this one extremely well. They took cleans to the next level and continued to build it up to the ultimate chorus. The lyrics hit you so deeply and I think many people will be able to relate. Such a moving song. Check out the video for it below:

Mike weighs in on the album:

“It’s about contrast,” observes Mike. “We’ve really tried to create individualism within the songs and make them distinct. The title references the disintegration and discoloration we experience from daily struggles. Those feelings come with mental health, getting older, and dealing with it. We confront these fights over a lengthy period of time. This record goes up and down, which I’ve always liked for an LP. You will want to listen to it from front-to-back.”

Another standout song on the album for me has to be "Hallucinate". One that I think many longtime fans will thoroughly enjoy. While it is contrasting to what the majority of the album sounds like, it hits odes to their roots (pun intended) and it keeps you on your feet the whole way through it. Another that absolutely rips is "Cancer". You can just feel the emotion in the lyrics. It's so hard to put into words how perfect this song is from start to finish, you just have to hear it for yourself. It's beautiful plain and simple.

“I was reading The Morning Star,” Mike reveals. “It switches between these different perspectives. One of them belongs to a nurse who’s taking care of a patient struggling with a brain tumor. As the tumor expands in your brain, it can cause pain and hallucinations. The track is essentially about a person hallucinating alone in a hospital bed and seeing these horrific images.  It’s a narrative song, and its industrial nature really spoke to me. I don’t think it’s like anything we’ve ever done before.”Color Decay concludes with the heart-wrenching finale “Cancer.” Guitar marches underneath a searing refrain, “I hope that it’s cancer and not something else, because I don’t need anymore things I don’t want to talk about.”

From start to finish, this album makes you feel a certain type of way. It's not the Prada you're used to but they hit home with where they are heading and I'm loving every moment. The Devil Wears Prada's Color Decay will stand the test of time in the post-hardcore scene and you can hold me to that. You heard it hear first. Stream the hell out of this when it drops 9/16.