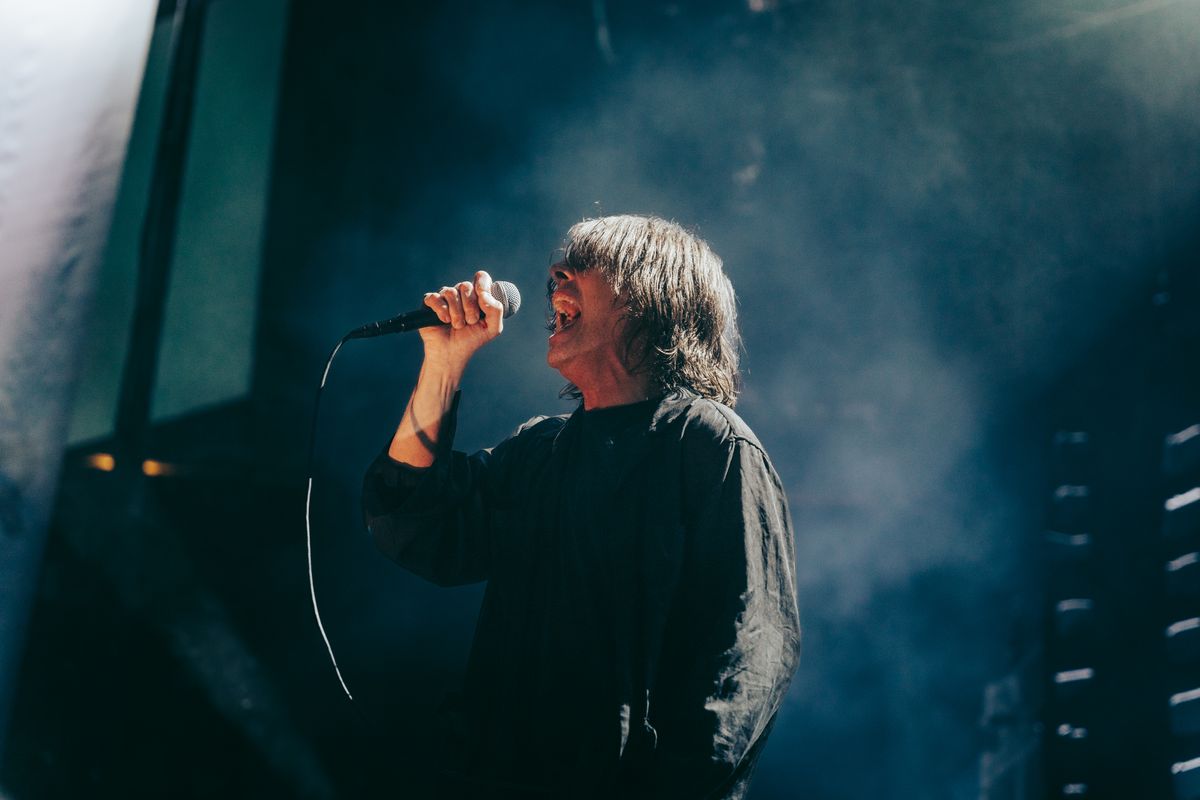 The year is 2007, I leave the last high school class of the day and hit shuffle on my original iPod. Among all the tracks we would come to call ‘classics’ is many tracks from the one and only - My Chemical Romance. For such an amazing time of “the scene” I severely discounted the influence this particular band had at the time. Like the old saying goes “We don’t appreciate what we have until it's gone”, by 2013 the band was no more. By the time 2019 us millennials all ran on a heaping amount of MCR nostalgia when the band announced a return. Naturally, COVID derailed the excitement for the following two years, but the clouds cleared and the time for the North American tour was here. As I stood in the photo pit of the American Airlines Center with 20,000 of the ‘Black Parade’ eagerly waiting behind me I found a new level of  gratitude for this iconic group.

Rather than stacking the bill with two other very well known ‘Myspace era’  bands, MCR opted to curate a humble list of over a dozen bands to open across different legs of the tour. The group's selections and musical taste shine through as each opener lends to a larger sense of musical appreciation. Most are very different from their touring partners. It’s not often (if at all) you see this kind of lineup curation these days. MCR’s selected openers for Dallas were those of the shadowy Devil Master and the return of early 2000’s New Jersey punk group Midtown. Defying conventional norms, the group Devil Master blasted a unique blend of black metal and punk tracks to the early AAC crowd. While this band could probably be found in a local darkened alley venue, they made the absolute most of being selected by MCR. Midtown brought the crowd back down memory lane with their textbook punk sound.

With the crowd sufficiently primed, excitement filled the air like a palpable electricity as the long wait for MCR began. Diffused static filled the arena marking a priming entrance of the band (eventually). Although the wait was long and had the crowd chanting “MCR! MCR!”; the band eventually found their spots on the stage under the cover of darkness. No fancy pyrotechnics or grand entrance of old was needed here. Everyone knew just how special this would be and no parlor tricks would enhance that feeling. The crackling noise filling the AAC came to a head as Gerard Way took center stage and sang us into the new track “The Foundations of Decay”. Surreal joy and excitement filled my lungs as I sang along. The curtain behind the band dropped to display a ruined city skyline keeping the theme of the track going.

Some tens of thousands screams of joy rang out behind me as the light illuminated Gerard’s face, fully reinforcing just how surreal this was. Ray Toro, Mikey Way & Frank Lero all had their own section of fans clamoring for praise and attention. Fortunately for me Mikey gave me a nice smile as seen below. MCR managed a cool and collected tonality all night that just made me feel entranced. They did not need to overly stress any emphasis of nostalgia but rather living in the here and now. Gerard spent a large amount of the experience enhancing each track with a sample pad stationed next to him. Unafraid of experimenting and adding effects to each track making every turn a unique experience. This level of creativity added so much to staying always engaged while not being overdone enough to sour the 20,000 faithful fans. Gerard took a few breaks during tracks to talk to Dallas as well as to have the entire AAC sing happy birthday to one crew member. Something that may seem innocent enough but screams how classy this band is to share in the attention and limelight. For as flashy as MCR was in the days of old they are now grounded and cool in the face of the masses. That being said. I would be lying if I said the entire show was relaxed. We were treated to all the classics you can imagine most of which with a dedicated, ground shaking fever. From “Teenagers” to “Mama” to “Na Na Na” there was more than enough palpable hype coursing through the AAC.

For over an hour-and-a-half set Dallas was treated to 21 tracks in total. Second to last track being many the fan favorite "Helena". “So long and goodnight” the ending chorus was an amazing and thoughtful added consideration to this track’s location on setlist. The rambunctious crowd settled as Gerard affectionately sent the Dallas crowd into the night with the track “Cancer”. My Chemical Romance’s final sentiment to the packed AAC were they lyrics “Cause the hardest part of this is leaving you”.

Truly an amazing experience I will cherish for the rest of my life. MCR is so much more than just pure nostalgia, they are back and don’t need to remind you.