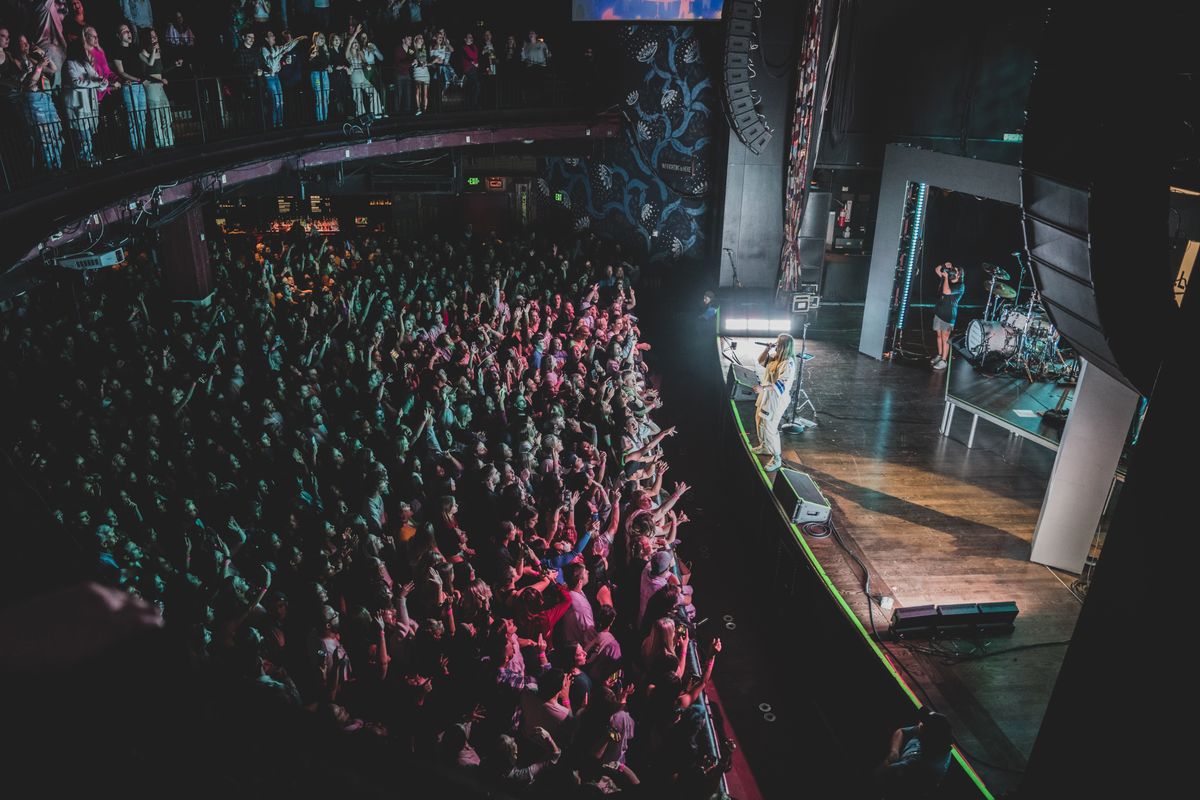 I had been itching for a show and when I saw this one got confirmed, I was super hype. I have been listening to Chelsea Cutler since 2018 around when she first got going and I have not heard a song I didn’t vibe to. This show was sure to be a banger and I couldn’t wait to show up to the box office and pick up my ticket. Chelsea Cutler was joined by Adam Melchor and ROSIE at the House of Blues in Dallas, Texas Thursday night and we were all in for a great time.

Starting out the show was New York native, ROSIE. Bringing her pureness to the stage was quite the presence. Praised for showing everyone her 100% true self, she has garnered a massive following around her music and the lyrics she sings. It was communicated so well in her performance. She has such a soft and gentle voice that really hits you deep. She gave the crowd everything they wanted in her set. I really enjoyed all her songs given I had not listened prior to the show. She brought her talent and I’m sure gained some new listeners that night. All around beautiful performance.

Next up was Adam Melchor – another act I hadn’t listened to prior to the night but I can tell why Chelsea would bring him on tour with her. He and his band have such a vibey sound. I really connected with them and the music they were playing. I found myself moving back and forth while snapping some shots of them. You could also tell they were having the best time on stage too. I feel like that gives so much to a performance when you can tell the people playing are into their own tunes as well. I will be adding them to my playlists. Very enjoyable and memorable performance.

And now the moment everyone had been waiting for, Chelsea Cutler. The stage set up was sick with this box LED structure and a platform for the band. Made for some great lighting. I hadn’t realized how packed the venue got until I hit the balcony after the set, but it was a packed house at that point. She walked out on stage and the roar from the crowd was insane! She started the set out with “Under” and then it began. Chelsea Cutler is one of those artists whose voice instantly captivates you. Hearing it live was a whole other experience. She played all of my favorite songs and more including “Cold Showers”, “Walking Away”, “Stay Next To Me”, and “the Reason”. All of these were such an awesome experience to hear live. I already can’t wait to see her again.

If you can, catch her on this tour. You will not regret it!

Head on over to Hunnypot Live HERE to check out the full gallery of photos!