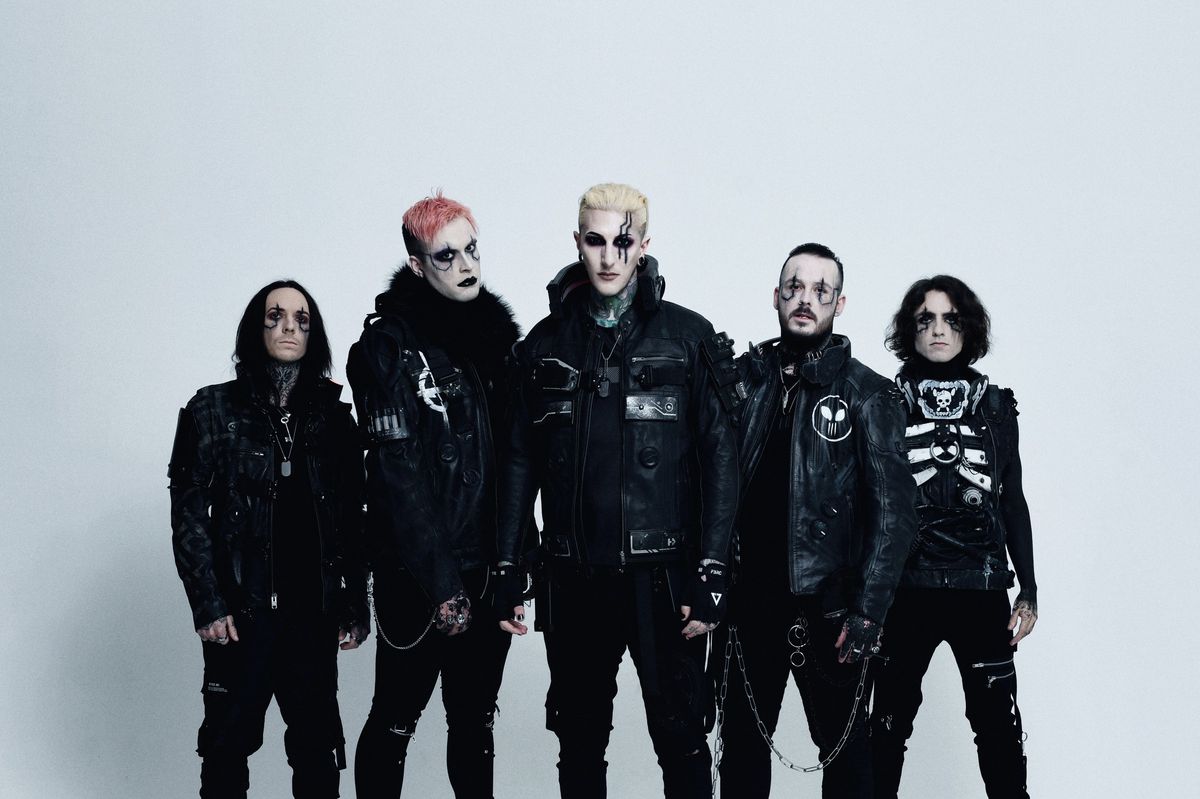 Album Review - Motionless In White | Scoring The End Of The World

Scoring The End Of The World is the first full release album from Motionless In White since Disguise in 2019. Through Covid-19 & all that has seemingly been a miss these past few years; the guys found a way to encapsulate our feelings in this apocalyptic metalcore collection.

I have followed Motionless for the better part of 11 years now and I am always impressed by how they have grown and continued to evolve their sound. Front man Chris Motionless really puts all of his heart and soul into writing and it shows through here yet again. Setting the tone with a single off the album the track Masterpiece seen below.

💬
"The last 3 years have been a crazy journey for the band, but a greater journey for all of us here on earth. Scoring The End Of The World is meant to capture the pain, the hopelessness, the triumphs, and the evolution that myself and humankind have experienced over those years. It’s meant to be our small contribution to a much greater purpose of changing the world for the better. It is the end of the world as we knew it, and the beginning of the new." - Chris Motionless

Let's hop into the tracks:

'"Meltdown" hits the nail on the head when addressing global warming while maintaining that classic Motionless sound. I really dig the robotic spoken chorus on this one counting down into a sick breakdown.

"Signs Of Life" is a track I keep coming back to on this album. Chris really hit's some amazing cleans here. I can see some Ben Burnley vibes shining through on this one.

"Werewolf" is by far the most fun track on the album. A front to back Michael Jackson "Thriller" themed banger. Chris mentioned this track is the entire bands favorite off the album. Producer Drew Fulk and Bassist Justin Morrow both have ties to the band Ice Nine Kills; to me a very similar feel to this track while maintaining that unique Motionless horror.

If you are looking for heavy, look no further than the track "Slaughterhouse (feat. Bryan Garris of Knocked Loose)". The mix of Chris's patented "BLEGH" and Bryan's raw screams are a match made in heaven. Listen to the mayhem below:

"Cause Of Death" and "Burned At Both Ends II" have a very classic Motionless feel to them. Both featuring some shining cleans, screams and riffage we have come to expect from Chris & co.

"B.F.B.T.G.: Corpse Nation" is the next installment of the on going radio show type track Broadcasting From Beyond The Grave. Featuring some amazing back up vocals from bassist Justin, this song is a clear shot at QAnon consipiracy theorists. Ending with a powerful "Research this, motherfucker!"

"Cyberhex" and "Red, White & Boom (feat. Caleb Shomo of Beartooth)" are both fun different tracks. "Cyberhex" leans heavily into the synth and retrowave feel while "Red, White & Boom" is a very rock forward song. This one will definitly have the crowd involved.

Title track "Scoring The End Of The World (feat. Mick Gordon)" is the perfect ending to this album. Guitarist & back up vocalist Ricky described this track as the world is crashing down on your head. Chris believes this a "pheonix from the ashes" track in the album. Mick Gordon is an excelent feature here as this song definitely fits Mick's work in the video game DOOM.

Between Chris, Rickey(Guitar & Vocals), Ryan(Guitar), Vinny(Drums) & Justin this album is a full band effort. My hat is off to them for sticking with this through all the ups & downs of the last few years. I cannot wait to hear these tracks live.